Henry Walton has been called many things throughout his life—fatty, bathtub, tree trunk, moose, walrus, lardo—you name it. But at over six foot five and weighing two hundred and eighty pounds, Henry is now solid muscle and the hottest defensive end in the NFL college draft. This is the moment he’s been waiting for: fame, money, women, and glory. Okay, there’s also a ten-million-dollar contract in it for him.

There’s just one teeny tiny problem: He can’t quite get over being dumped by the coldhearted shrew with thick glasses and a genius IQ he dated for a mere few weeks. Elle.

God, he so hates her and that stupid little squeaky laugh—a laugh that sounds like music to his ears and sweet, sweet victory to his career. Because for those two perfect weeks, his game was perfect. And now that she refuses to talk to him, everything is falling down the crapper.

Call him superstitious, but he’s got to get her back. Even if she’s the last girl he really wants and she hates his guts. 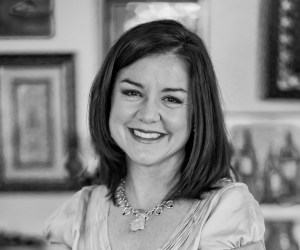 Mimi Jean Pamfiloff is a New York Times & USA Today bestselling author of Paranormal and Contemporary Romance. Both traditionally and independently published, Mimi has sold over 900,000 books since publishing her 1st title in 2012, and she plans to spontaneously combust once she hits the one-million mark. Although she obtained her international MBA and worked for over 15 years in the corporate world, she believes that it’s never too late to come out of the romance-closet and follow your dreams.

When not screaming at her works in progress, Mimi spends time with her two pirates in training, her loco-for-the-chili-pepper hubby, and rat terriers, Mini & DJ Princess Snowflake, in Arizona.

She continues to hope that her books will inspire a leather pants comeback (for men) and that she might make you laugh when you need it most.