Tour: Dealing with the Devil by Jennifer Siddoway

Dealing with the Devil

She wanted to be like any other girl…Fate had other plans.

Wynnona Hendricks has some shocking surprises in store. Struggling to figure out her comatose mother’s secret, Wynn gets more than she bargained for, and ends up caught between the realms of Heaven, Hell, and Earth, fighting for her life.

Family and friends are stunned by her bizarre behavior; the only one who believes in her is Caleb, an angel who chose to spare her life . But by saving her, he may have started a war between the factions, throwing the Mortal Realm into mayhem. Wynn discovers new allies, new enemies—including her own human weakness—and new powers. To protect her family she vows to fight. Like. HELL. 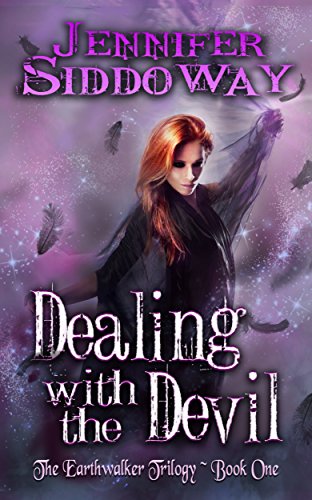 Jennifer is an author from Tallahassee, Florida who writes paranormal romance and fantasy novels for young adults. She is a member of both Gulf Coast Authors and the Florida Writers Association. After receiving a degree in theatre from BYU and working as a scenic artist for twelve years, she changed careers to do what she really loves—writing.

Jennifer believes that part of her job as an artist and story teller is to create a narrative that explores a fresh perspective and leaves the audience thinking. Even as a child, she has always been intrigued by Grimm’s Fairy Tales and particularly enjoys a twist on an established plotline. When she’s not busy writing or burying her nose in a book, Jennifer enjoys doing medieval reenactment with her husband and two children.

Her debut novel, Dealing with the Devil, is a contemporary Young Adult Fantasy and the first book in the Earthwalker Trilogy. Jennifer is a member of the Florida Writer’s Association and the Gulf Coast Authors.